Editor’s Note: With so much market volatility, keep up with the daily news! In just a few minutes, get caught up in our quick recap of today’s top news and expert insights. Sign up here! 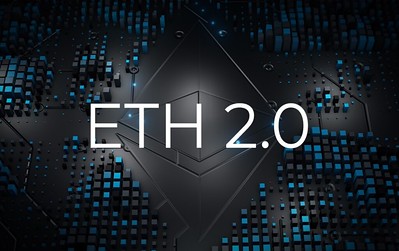 (Kitco News) – The long-awaited Ethereum merge has officially gone smoothly, with the final Proof-of-Stake (PoS) transition occurring on September 15 at 06:42:42 UTC in block 15537393.

The merger merged the mainnet execution layer of Ethereum (ETH) with the consensus layer of the Beacon chain at the overall terminal difficulty of 587500000000000000000000, meaning the network no longer uses or relies on a Proof-of-Work (PoW) consensus mechanism leaves.

At PoW, a decentralized network of miners uses energy-intensive computing equipment to validate transactions and mint new blocks for the blockchain. Instead of using high-energy miners, they lock (stake) tokens at the PoS to be able to participate in the validation process and earn rewards for their work.

After implementing PoS, the Ethereum network is 99.95% more energy efficient according to The Ethereum Foundation, and the merger sets the stage for future scaling solutions, including sharding.

Data from TradingView shows that the price of Ether saw a slight price increase at the time of the merger, trading at $1,655 until the transition, but has since retreated to the $1,580 support amid multiple economic headwinds.

Its a lot to do

Although this moment was years in the making, the road to realizing Ethereum’s true potential is only about halfway complete, as the project’s co-founder Vitalik Buterin previously stated that a successful merger meant the overall development of the network would grow to around 55 % would be complete.

A glimpse of what’s next came in the following tweet from Miles Deutscher, outlining the next stages in ETH’s evolution: The Surge, The Verge, The Purge, and The Splurge.

.@VitalikButerin asserts that #Ether will be able to process “100,000 transactions per second” after completing 5 key stages:

A brief breakdown of what each stage means $ETH. 👇 pic.twitter.com/FnaWww8mHZ

The Surge will increase scalability for rollups through sharding, The Verge will achieve statelessness through Verkle trees, The Purge will eliminate historical data and technical debt, and Splurge will include a number of smaller miscellaneous upgrades.

Jonathon Miller, Kraken Managing Director for Australia, called the merger “an important milestone for the future of crypto” and highlighted the significant energy savings achieved by removing miners from the equation.

Miller warned that the transition “won’t be a panacea for Ethereum’s scaling issues,” noting that Australian blockchain companies must continue to rely on Layer 2 solutions like Polygon or Optimism to prosper.

That being said, according to Miller, the merge will “allow the mechanisms to be in place to improve the scalability of the network.”

“Ethereum provides critical infrastructure for blockchain developers to build and deploy their own decentralized applications and crypto assets. The merger, which may be one of many changes to the network, will unlock a whole new potential for deploying these innovations.”

The merger marks the culmination of several years of hard work by the Ethereum Foundation. The transition did not go unchallenged; However, since ETHW Core, a group representing proof-of-work miners, announced that they will be hard forking within 24 hours of the merger.