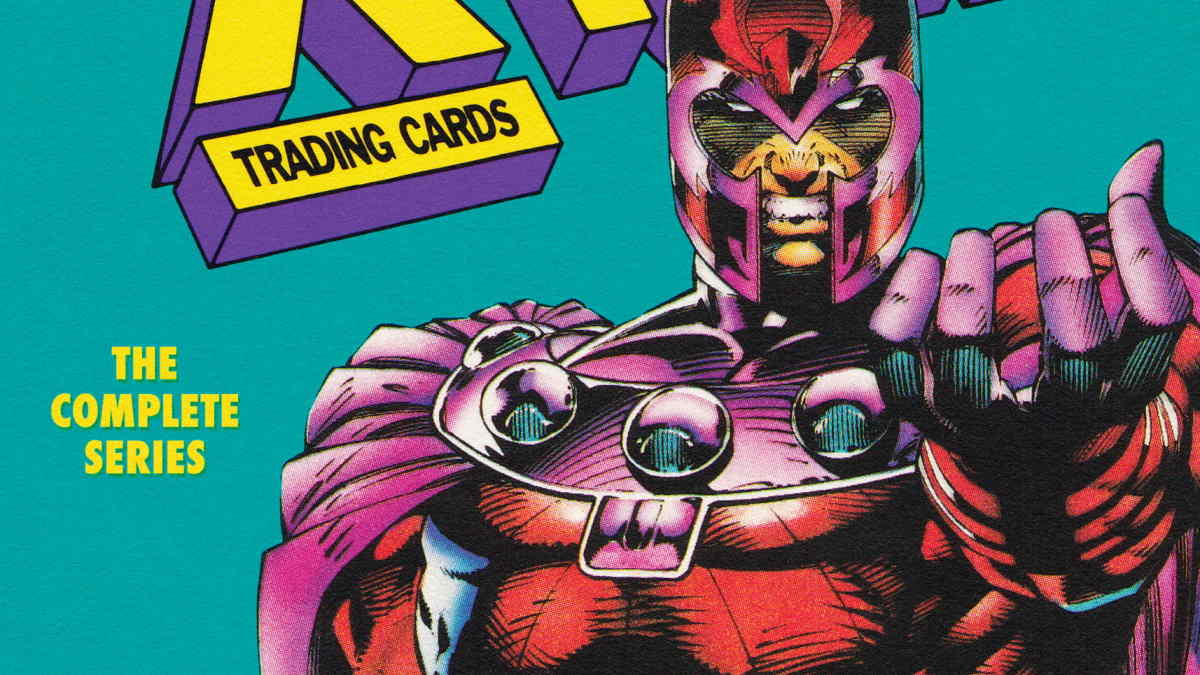 The 1990s were huge for the X-Men. The growing family of X-Men comics was selling better than ever. X-Men: The Animated Series brought the weekly adventures of Marvel’s hilarious mutants into the homes of many soon-to-be-possessed children. A third and often overlooked pillar of the X-Men boom of the 1990s is the character trading card sets. Often serving as unique, iconic representations of the characters, these cards offered stunning visuals and new information about the characters for fans who didn’t necessarily dig through old issue containers to uncover every moment in the X-Men story. Many young people spent their pocket money in the 1990s to fill folders with these card sets.

Jim Lee was the connective tissue between the X-Men comics, The cartoon, and trading cards. Lee drew the record X-Men #1, and his character designs are the basis for the X-Men’s looks X-Men: The Animated Series. These designs were fully exhibited in The Uncanny X-Men Series 1 Trading card set released in 1992 and was the first Marvel trading card set to be drawn entirely by a single artist. The 105-card collection featured iconic X-Men characters like Wolverine and Cyclops, alongside others who have since taken a back seat like Widget and Kylun, all drawn in Lee’s signature style. Lee’s artwork here – repurposed multiple times for various licensed Marvel products – is significant to collectors and fans alike, as it’s a rare instance of Lee inking his own work rather than relying on a dedicated inker like frequent collaborator Scott Williams .

The Uncanny X-Men Trading Cards: The Complete Series Celebrating the 30th anniversary of the cards’ initial publication, Abrams ComicArts is collating all of the set’s cards, front and back, into a single volume, allowing fans to view the artwork on one side and peruse character profiles and stats on the back. Before that, the foreword by Ed Piskor, the cartoonist who created it X-Men: Great design, sets the stage and reminds readers what it was like to be an X-Men fan in the 1990s. Bob Budiansky, the Marvel editor who oversaw the card set, then provides an introduction that walks fans through the making of the set, from production to release and lasting impact.

Budiansky, his associate editor Tom Brevoort, Paul Mounts, the colorist who worked on the set, and a few other contributors provide additional comments on some of the maps in the book. While Budiansky and Brevoort’s commentary offers some fun tidbits, Mount’s explanation of what went into the coloring of Lee’s work shines the brightest. Apply colored Lee’s lines and often create entire fabrics as backgrounds to place behind Lee’s characters. His commentary offers a glimpse of the hard work, skill, creativity and ingenuity he put into the cards and offers a whole new level of appreciation for the artwork. It’s a shame Lee didn’t comment, but that’s not surprising considering he’s well-placed in Marvel’s “respectable competition” these days.

Abrams ComicArts comes with a few fun extras The Uncanny X-Men Trading Cards: The Complete Series. The book comes with four new promotional cards. One of these is a single card with the full artwork used for the nine interconnected Danger Room cards in the set, which collectors could piece together by placing the nine cards in a nine-card binder page. The other three cards reconstruct Lee’s connecting covers to the record setting X-Men #1. It’s a nice bonus that collectors of the original set may want to add to their personal binders. Finally, the back cover of the book features Lee’s iconic poster art featuring most of the characters who starred in X-Men and related titles back then. The artwork is just as stunning now as it was then, even in this miniaturized form, and is a nice pinup piece for those who don’t mind losing the case (the case itself, featuring Lee’s Wolverine, looks superb).

The Uncanny X-Men Trading Cards: The Complete Series is a fun, nostalgic journey into the past. And as a bonus, getting a copy for your bookshelf should be a lot easier than tracking down a set of this essential piece of X-Men history on the secondary market. The book will be available in stores on August 9th.